What is the Symbol of Fish in Different Culture 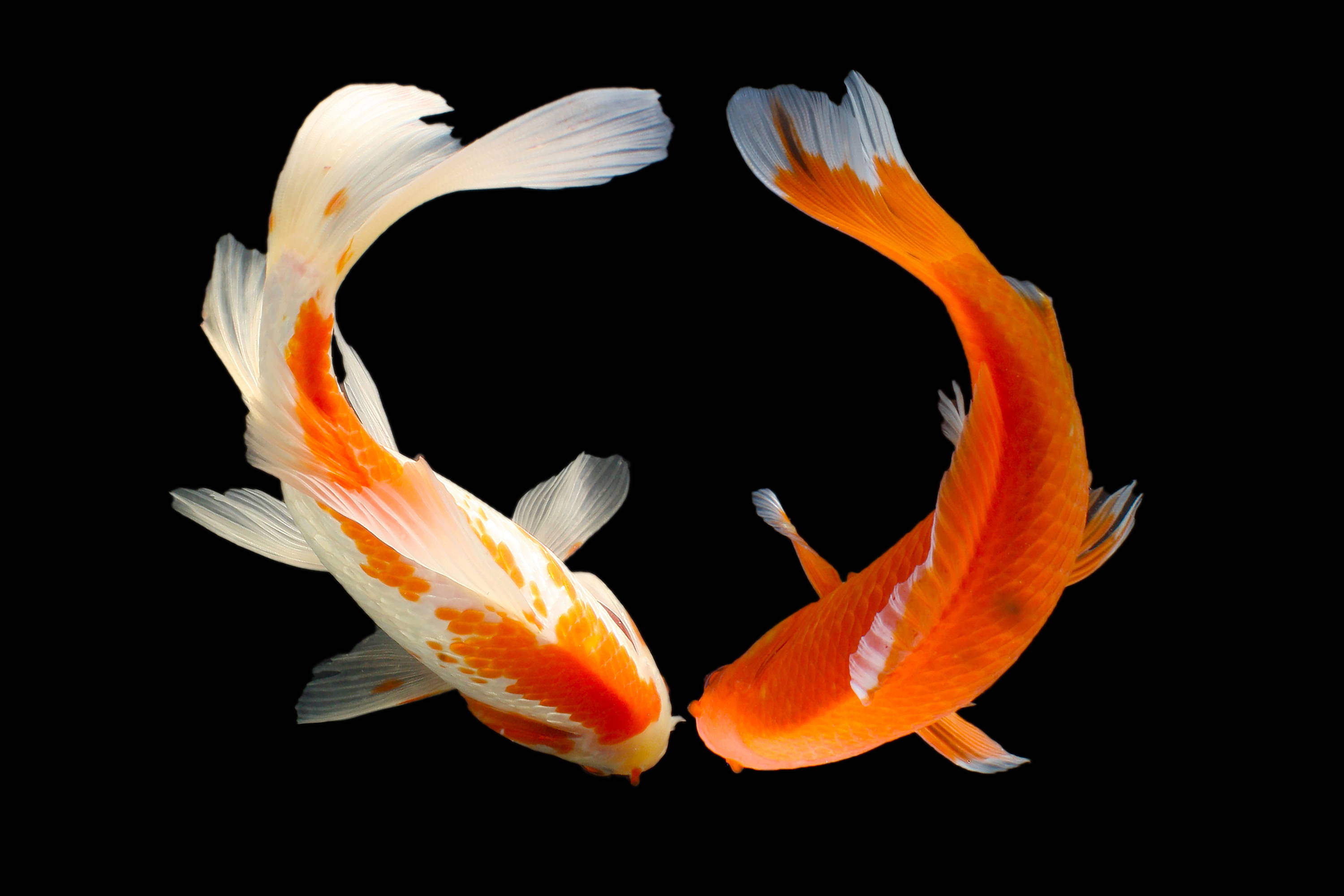 Fish symbolize harmony and marital happiness as many of the fish are seen swimming in pairs.

Fish have been the principal subject in Chinese artwork and sculpture for many millennia, including the fine arts, brush paintings and classical literature. The words for “fish” and “abundance” are pronounced the same in Chinese (鱼,yu) therefore, fish in the Chinese culture has symbolized wealth, since recorded history. Fish also symbolize harmony and marital happiness as many of the fish are seen swimming in pairs.

Fish are more than simply beautiful. They invite wealth, prosperity, and harmonious exchange, especially in business and personal affairs. Throughout the history of Chinese customs, the constant movement of the blissful fish encourages the growth of money, stability, and peace. Symbolically, if you have an abundance of goldfish, you have a double abundance of gold. A gift of the propitious fish is a gift of great fortune.

Koi Jumping Over the Dragon Gate 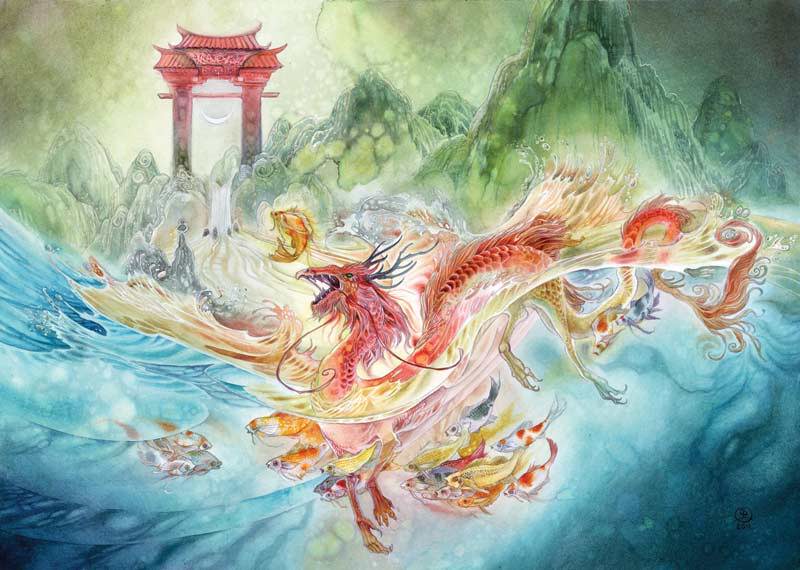 Chinese Legend has it that a long time ago, in a time before recorded history, a school of koi swam up the Yellow River. All was going well until they reached a waterfall. Many of them grew discouraged and turned back, finding it much easier to simply go with the flow of the river. Yet, one little golden koi stayed on. Straining and leaping, the young koi strove to reach the top of the falls. Again and again, he flung his body into the air, only to fall back into the water, which drew the attention of the local demon who laughed at the efforts of the struggling koi. Adding to his misery, the demon sadistically increased the height of the falls. Still, the koi refused to give up. Undeterred, the koi continued their efforts for one hundred years. At last, with one heroic leap, the koi reached the top of the falls.

The God smiled down in approval and transformed the exhausted koi into a shining golden dragon. He joyfully spends his days chasing pearls of wisdom across the skies of the vast and eternal heavens. Whenever another koi finds the strength and courage to leap up the falls, he or she too becomes a heavenly dragon. The falls have become known as the Dragon’s Gate.

Because of their endurance and perseverance, koi have become symbolic of overcoming adversity and fulfilling one’s destiny. Swimming koi became symbolic of worldly aspiration and advancement. There are reports of koi that have achieved ages of 100-200 years, representing health and longevity. The Chinese idiom "Fish in Water" is a metaphor meaning that people got the person he appeals or the environment he is suitable. It is like "Duck to Water".

The Ichthys is an important identification symbol in Christianity. 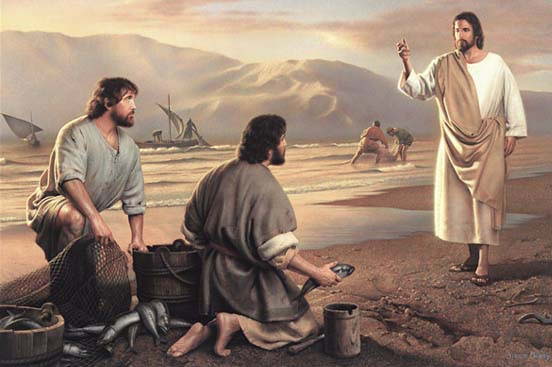 The Calling of God

The Greek word for “fish” is ΙΧΘΥΣ (ichthys), and is an acronym for “I (Iesous—Jesus), X (Christos—Christ), Θ (theou—of God), Y (huios—son), Σ (soter—savior). which translates into English as 'Jesus Christ, Son of God, Savior'.

More than just a Jesus fish on the bumper of the car, the Ichthys (same root as ichthyology) is arguably the second most important symbol in the Christian religion. Early Christians used the fish as a secret code to identify meeting places, tombs, and even other Christians.

Legend has it that if an early Christian met a stranger, he or she could draw half of the Ichthys on the ground. If the stranger completed the sketch, they would both know they were Christians. There is much debate over why the fish was chosen as a Christian symbol, but fish do feature prominently in the Gospels. Fishing is a common analogy; several of the Apostles are fishermen who become “fishers of men” and Jesus is able to feed five thousand with “five small loaves and two fish.” 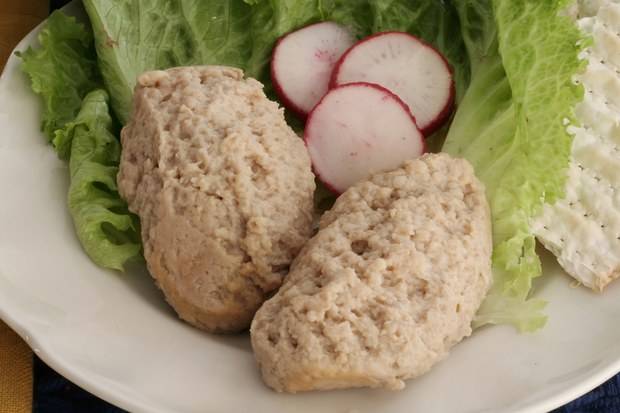 Gefilte fish is a traditional dish served by Ashkenazi Jews.

The symbol of the fish plays an important part in Judaic traditions as well. Many parables in the Torah affiliate fish with the Jewish people. Because of their great fecundity (in general, fish produce innumerable eggs), the fish became a symbol of fertility and luck. Sephardi Jews use the fish symbol to ward off the Evil Eye. Fish is a traditional food for Rosh Hashanah, the Jewish New Year, because it is custom to eat foods that represent good fortune for the new year. Gefilte fish, for example, is a dish commonly served by Ashkenazi Jews.

In Arabic, the letter ‘N,’ pronounced ‘nun’ is the word for fish. According to the Quran, the fish is a symbol of eternal life and also of knowledge. Similar to Jews, Muslims are instructed to only eat fish with scales, and not fish lacking scales. In Muslim tradition, Al-Khid is known as the guide of Moses and Alexander the Great. He is often depicted as riding on the back of a fish over the “River of Life.” In one tale, Moses claims to be the most knowledgeable man on earth but God corrects him and commands him to take a salted fish and seek Al-Khidr – when the fish comes back to life, he will meet his guide, Al-Khidr. 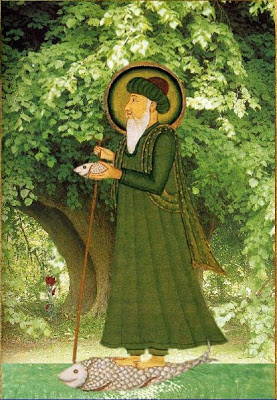 Al-Khidr is often depicted riding a fish over the “River of Life.” 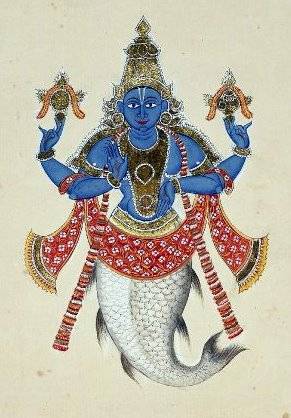 Matsya, a fish, is the first incarnation of Vishnu on Earth.

Many Hindu groups follow a strict vegetarian diet, so most do not eat fish. However, a fish is central to a key creation story in the Hindu sect of Vaishnavism. Vishnu, the Supreme God of the Vaishnavism, had ten different avatars, or incarnations, on Earth. His first avatar, Matsya, is often depicted as a fish or half man-half fish. Legend holds that Matsya appears to Manuas a small fish and asks for protection. In return, he promises to help him survive a great flood. Matsya grows under Manu’s care and eventually Manu releases him into the ocean. When the epic flood comes, Matsya guides Manu’s boat to safety. When the flood subsides, Manu realizes he is the only survivor and charged with repopulating the human race.

In Buddhism, Ashtamangalaare eight auspicious signs of Buddha. Two golden fish comprise one of these auspicious symbols. Legend holds that these signs represent the offerings that the gods made to Buddha after his enlightenment.   The golden fish were originally associated with the Ganges and Yamuna Rivers, the two most sacred rivers in India. They represent living in a state of fearlessness, happiness, and fertility. As fish swim in water without fear of drowning, Buddha has no fear of drowning in the suffering cycle of Saṃsāra. 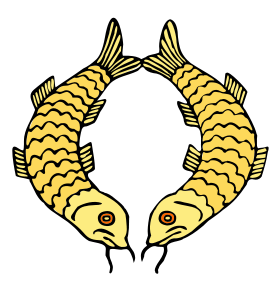 The golden fish are one of the eight auspicious signs of Buddha.

Purchase Bellorita Bags in 4 Installmenst in 6 Weeks, No Fees

Is That Pricey Handbag Worth It? 5 Questions to Ask Yourself

How to Take Good Care of Your Leather Handbags